Mission: To deliver the highest standard of education so that ALL children may be successful in society.

Vision: Every Child, Every Classroom, Everyday!

Pledge: Be Responsible. Be Respectful. Be Safe. Be an Aloe Gator!

Motto: It's great to be an Aloe Gator!

Yearly Theme: "On The Path to Sweet Success!"

The very first Aloe School was built prior to 1892 and was paid for by a group of early settlers. Aloe School was named for the "Aloe" plant and for the community that was located along the Fleming Prairie Road where the Dietzel home now stands.  Later, the school was moved across the highway to the Gaugler property. By 1911, the Aloe Common School district was well defined and owned another building at Coletoville. This entire district, stretching to the Goliad County Line was consolidated with the Victoria Independent School District in 1949. From 1949 to September 1951, classes were continued in the old one room building with Mrs. Annie Towns as teacher.

On December 18, 1950, T.A. Roach, Superintendent of the VISD was authorized to ask for lease terms of a building at Aloe Field to use temporarily. On December 14, 1950, 21.46 acres on the Goliad Highway adjoining Aloe Field was purchased from Frank Schrader for $15,000. The next spring on March 30, 1951, a second contract was awarded to Fitzgerald of Austin to build a modern elementary school. This plan was to cost $196,807.00.

The new building was accepted on December 15, 1951. The new structure consisted of eight classrooms, library, restrooms, cafetorium, kitchen, teacher's lounge, and administration offices. 1980 brought the opening of a new building with twelve classrooms and two seminar rooms. Construction of an eight classroom wing was completed in 1987. The completion of an additional wing in 1990 included a library and six new classrooms. There was also a multi-purpose building that was completed for the school. 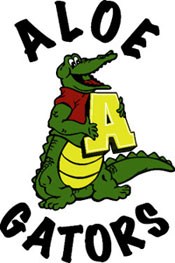